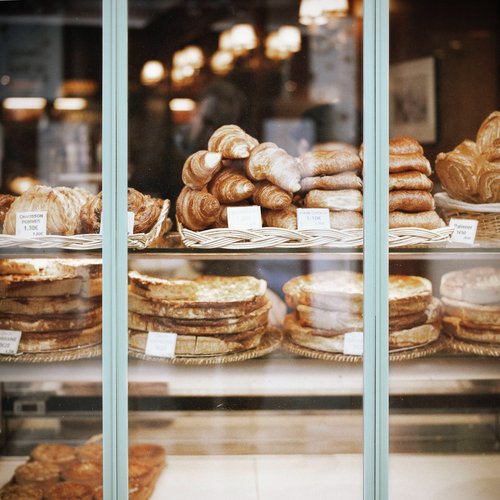 I’ve lived in France for a long time now, but curious students are always asking about life in the UK. So I thought it might be interesting to share a few thoughts on everyday life here.

I’ve lived in France for a long time now, but curious students are always asking about life in the UK. So I thought it might be interesting to share a few thoughts on everyday life here. 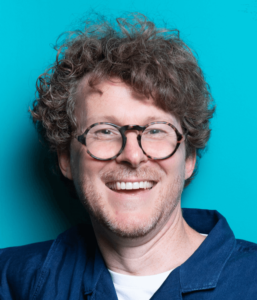 Ben's been teaching English for over 17 years. He didn't move to France for the cheese and croissants, but he's not complaining.

I lived in Lille for 10 years, but now we’re in Provence, just a stone’s throw from where Peter Mayle famously set up shop 30 years ago and wrote A Year in Provence. Like Peter Male before us, we are renovating a house, but it’s a far less romantic town house, and we’re only doing it because of the crazy effect that the book had on house prices here!

When I decided to blog about life here I guess I wanted to avoid the clichés of French life. But then I thought about what I’d miss the most if I ever left and I realised that probably #1 was the bread. Or more particularly the bakeries. After years of living here I’m afraid pre-packaged industrially produced bread no longer cuts the mustard (except for beans on toast. Obviously I still eat beans on toast!)

When I arrived here the idea that I would do most of the food shopping in the supermarket, but then have to go and buy bread somewhere else, and that I’d do that every day was new to me. Maybe it made a big impression on me just because it was my actual, proper first experience as an Englishman living abroad. On my first day here my girlfriend had gone to work. Alone, and with very little French. I had practised my “je voudrais un croissant s’il vous plaît” several times on the pavement before braving the little bakery in Lyon. As I entered, the 3 or 4 people in the shop turned to mumble “bjr” or “mssieur” at me, and I immediately lost my confidence.

When my turn came I ordered hesitantly and the formidable lady behind the counter sighed, and clarified loudly and slowly in very but bored English “You want a croissant? One or Two?” and she held up her fingers to help me count.

Once my confidence recovered I was able to discover the happy choices that face the uninitiated customer. Sure I could now order a baguette in passable French, but wouldn’t I prefer a ficelle, flute, tradition, au levain? Or one of the specials with an array of seeds, dried fruit or cereals. And that is just the baguettes… Made long and thin (supposedly for Napoleonic soldiers to carry down their trousers – which can’t possibly be the real reason).

And of course there are great variations, from baker to baker, town to town or from region to region. Differences in specialities, ingredients or even names: freshly arrived in the Vaucluse I made the unforgiveable mistake of ordering a pain au chocolate only to be corrected: ‘here it is a chocolatine!’

Happily in our little corner of Provence we have ‘Pain a l’huile’ made with olive oil. Our bakery only makes it on Fridays, market day – so we have to remember to order in advance. And of course there are chains – the giant Paul, founded in Lille and now ubiquitous in railway stations and service stations up and down the land – and cold, plastic places in the commercial zones that surround so many towns, but bakeries often retain the old-fashioned aura of the ‘local shop’.

As people begin to look again at small-traders or artisan production most French villages can point to at least one bakery where this has never changed.

And becoming a regular has it’s advantages – Laurence will keep a pain à l’huile to one side if I forget to order it during the week, and there’s always time for a chat (however long the queue behind me is). To any immigrant this is what creates the sense of belonging needed to call a place home. And the only price I have to pay is that whenever I go running Thierry (the baker) always seems to be on a break at the café over the road and he always feels the need to shout ‘encouragement’ and a joke before finishing his noisette and returning to his ovens.

Bread has historically been important to French life for many reasons, social, political and religious. But also domestic. And it’s easy to find an argument in the bucolic charms of a Sunday breakfast under the olive trees. Which kind of croissant is best? Dry and doughy or glistening with fine buttery leaves? And how straight can they be? Is my French wife wrong for preferring the former? Obviously: yes – but it is still bloody annoying that if we both want a perfect croissant then we have to go to 2 different bakeries.

And this is the great mystery to me: in the smallest French village you might find two bakeries and one of them might well conjure the lightest croissant, and the other produce the crustiest, pillowy baguettes. BUT! No bakery in France seems capable of doing both! I talked about this with a student once – he was just thinking of quitting work and setting up as an artisan baker. If either of us ever wins the lottery we will each dedicate ourselves to the art of the baguette or the croissant.

And then we are going to sell them in the same shop.